Hunger and thirst in Uganda

We passed through Namutumba the other day. It’s not a particularly noteworthy place: the usual ribbon-like trading centre with people going about their normal business and, in between the houses, fields of brown shrivelled maize.  I can’t imagine Namutumba has ever been in the news before. However, it has now gained passing notoriety as the place where 15 children have died within one month, not of famine, but of kwashiorkor, malnutrition caused by acute protein deficiency.

The parents of the dead children in Namutumba did not believe that they had sickened because of hunger. They thought the children had been bewitched, or that the disease had been caused by polio immunisation.

‘The children eat; it is not that they go hungry. We feed them on the same food we eat. How come we are not dying?’ said one family member quoted by The Observer (the Ugandan not British newspaper).

And the children had been eating: they had been eating mangoes and cassava, the root crop which Ugandans eat in emergencies.  Normally a side dish or snack, cassava on its own does not provide for the protein needs of children. The better off supplement it with small fish (mukene) or with ground nuts, but Namutumba has suffered a number of disasters, and supplementary protein was not available. Endemic diarrhoea, malaria and pneumonia made things worse. World Vision took six of the sick children to the hospital in the main town, Mbale, but their parents removed them, preferring to take them to traditional medicine men. So children do not just die of malnutrition; sadly, they also die from ignorance and poor education within their communities.

Lack of food in Uganda, one of the most fertile countries in Africa, is a complex issue.

Namutumba is in a rice-growing area.  However, in May a rain and hailstorm destroyed the rice fields, as well as maize, beans, potatoes and other crops.  Even the cassava yield was low as the storms were followed by drought. The climate is changing, as it is in the rest of East Africa.  Droughts are harder and last longer and rains are erratic. People no longer talk of the ‘rainy’ season or the ‘dry’ season.  No one knows when the rains will come or how long they will last. When the rains do eventually come they are violent and destructive, leading to landslides and thunderstorms which kill people and livestock and damage crops. Uganda is also suffering from new crop diseases which affect fodder and the staple food matoke (plantain). Banana wilt disease is spreading. Animal feed is becoming more expensive and is often contaminated. The Ministry of Relief, Disaster Preparedness and Refugees has been trying to deal with the situation.  For example, it has been distributing food in the east and north of Uganda, the areas worst hit by the drought, with priority being given to households headed by children, the elderly, widows and people with disabilities or HIV/AIDS.  However, much longer-term measures are needed. 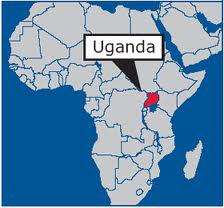 The UN Uganda humanitarian profile 2011 indicates that Uganda, despite its fertile soils and good weather, remains one of the world’s most hunger-prone countries because people are so dependent on agriculture and livestock for their livelihoods. Way back in October, the UN Food and Agriculture Organisation (FAO) announced that nine million Ugandans (about 30% of the population) faced hunger, with many eating only one meal per day. The report stated that 15% were already malnourished and that 40% of child deaths were due to malnutrition. That was ten months ago and things are already a lot worse.

A recent report on nutrition and agriculture by the Uganda National Academy of Science (UNAS) states that 38% of children under the age of five are stunted and 48% of children between 24 and 35 months.  The causes include low birth weight, as their mothers are also malnourished, iron and iodine deficiencies as well as, quite simply, not getting enough food. The deficits in children’s physical and mental growth are irreversible and translate into enormous social and economic costs, as well as individual personal tragedies. The Ministry of Agriculture came up with a policy on food and nutrition in 2003 but not only has it not been translated into law, but there has been very little education of the general population about maximising the food values available through their everyday diet, simple measures like adding a spoonful of margarine to children's porridge.  Education has a crucial role in improving the health of the population.

Poor nutrition is increasingly a national problem across Uganda, not just in the famine-hit areas. Inflation in Uganda has risen to 18.7% (compared to 1.7% a year ago). Food prices increased by 97% last month alone, 200% in some parts of the country and rising fuel prices have added to the problems caused by drought. Across Uganda, in urban as well as rural areas, many families simply do not have the cash to pay the higher food prices. Mulago National Referral Hospital in Kampala has announced that it is overwhelmed by the increasing number of malnourished children and is having to treat them in corridors and reception areas. The number of child malnutrition cases in the capital’s main hospital increased from 39 in December to 183 in June this year. Clearly this is not famine on the scale of Somalia, but it is extremely disturbing in the context of a country like Uganda which should be the breadbasket of Africa.

Water shortages have been a longstanding problem across Uganda for many months.  Women in drought-stricken areas talk of walking for miles and queuing for 10 hours at a time at the borehole. Uganda has 112 districts. The government is predicting that by September this year 15 districts in the north and east will be experiencing outright famine and that 35 districts again in the north and east will suffer acute food shortages.  Even parts of the west will suffer some shortages.  These shortages are not consistent across Uganda’s countryside or its crops.  For example, the prices of tomatoes and pineapples grown in central Uganda have actually fallen because of good harvests.  However, people don't gain their calorie or protein requirements from fruiting crops like these. The food shortages in Uganda may also be exacerbated by the fact that significant amounts of its cereal crops, especially maize and beans, are being exported to neighbouring countries such as Kenya, Somalia and South Sudan which are themselves in the throes of even more severe famine.

So far, official figures indicate that at least 20 children and 3 adults have died of hunger in Bulambuli in the east of Uganda where 3,000-4,000 acres of maize and beans were destroyed by drought. In addition there are the15 children and , indeed, 50 adults in Namutumba mentioned at the start of this post. It is believed that other deaths out in more remote villages may not have been recorded.  The government says that 1.2 million people in Karamoja, the most drought-ridden region, are at risk of starvation, a problem they share with their neighbours across the Kenyan border.  Indeed, a month or two ago, the Ugandan government agreed to allow the Turkana people from Kenya to graze their livestock in Uganda because of shortages of pasture and water in their own land.

The advice from the Ugandan government is for people to store food in family granaries.  However, you can only do this if you have a surplus.  Most Ugandans sell any surplus food they may have grown to pay for school fees. Living in the modern world requires cash and the only way to get it is to sell your crops.  Sadly one of the first casualties of food insecurity is children’s education.  When children are hungry, they no longer go to school. Unfortunately, even the government has not been following its own advice about food storage particularly well. Although it built grain silos in the 1980s, it has since leased them to private companies instead of storing grain for emergencies to feed its people.

Dealing with food insecurity requires longer term planning on the part of national and local government.  It requires better food storage, the use of modern agricultural methods to improve irrigation and increase the fertility of the soil and introduction of more drought resistant plants.  However, none of these developments will be possible unless the education of every single Ugandan is improved.  Small-scale subsistence farmers need education which is relevant to the problems they face within the new environmental context. Moving agriculture in Uganda into the twenty first century and learning how to cope with climate change require a better and more flexible education system, one which is geared to the immediate and future needs of the country and its people.  The Ugandan farmers of the future need an education system which values and develops the knowledge,  skills and creativity which they will need to deal with the challenges which lie ahead. And all Ugandan children need sufficient food, food which provides the nutrition necessary for them to learn, develop and live life to the full. Or, indeed, just to live.

Food and drink in Uganda

The water of life

Posted by Elisabeth Ritchie at 9:01 PM