Strange things are happening in Uganda these days. It looks as if the President's plan to give Mabira Central Forest Reserve to the Mehta Group to turn into sugar plantation is receiving unprecedented opposition from his own party members. (See our last post Tropical forest, golf and sugar.) Monday's meeting of the NRM parliamentary caucus is said to have been 'stormy' and the word 'heckled' has even been used. 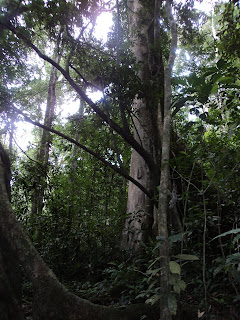 Why is Mabira important? It is the last remaining tropical rainforest in central Uganda, acts as water catchment for Lake Victoria and has a unique eco-system. Assertions that parts of it are 'degraded', ie have already been chopped down and encroached on, have not so far been substantiated. A field trip a couple of days ago failed to find any evidence of degradation in what the paper has described as 'lush tropical forest'. Indeed, the National Forest Authority asserts that the opposite is true: after years of tree-felling during the 1970s, the forest is now regenerating. It will be interesting to see how the arguments pan out. On the one side are those who see the benefits of creating jobs and earning returns for investors, and on the other are those who fear the loss of endangered species and the negative impact on the local population, the water balance and the climate. As a few writers have pointed out, sugar is not food. 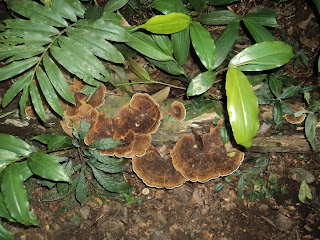 Opposition to the plan has already spread beyond Uganda to the influential diaspora. Lobby groups have been set up and social networking sites are a-buzz.  Hackers have broken into the Uganda Investment Authority website and posted messages calling on the public to save the Mabira Reserve. The Kabaka of Baganda has reiterated his 2007 offer of an alternative site and the kingdom has aligned itself with those opposing the Mabira give-away. The Anglican church in nearby Mukono has made a similar offer.

So, it looks as if we're in for an interesting few weeks. After a couple of months of comparative calm, protests appear to be back on the cards for one cause or another, of which Mabira is just one.  The black-uniformed riot police have reappeared and the main junctions and roundabouts have started to sprout police encampments and water cannon tanks again.  Perhaps it's just as well we're off on safari with our family in a few days' time. No plans for sugar plantations in Kibale, as far as the chimps are aware.

Update 19th August
The President made the following statement to the Kampala City Traders' Association on Tuesday. 'Tell anybody out there that I am ready for war on sugar. Let us fight this war once and for all. I am not ready to listen to anybody who is saying I save Mabira.' He also stated that Mehta 'does not mind what follows.' (Daily Monitor) Some commentators have expressed concern about the possibility of an anti-Asian backlash if the plan goes ahead, similar to the one last time the Mabira project was proposed. We wait and watch.


Posted by Elisabeth Ritchie at 2:11 AM