At the end of last week, scores of beaming faces adorned the pages of the national English language press here in Uganda. The results of the Primary Leaving Examination (PLE) were out.  Similar photos still continue to appear in the papers and will do so for days. The children who feature have a very good reason to be so delighted: they have surmounted one of the major obstacles which the Ugandan educational system puts in the way of educational success.

The newspaper stories are paid for, of course: by prestigious schools as part of their marketing strategy and, as you would expect, by individual proud parents who can afford the newspapers’ fees. I don’t have a problem with schools and families recognising success in this way. However, these stories are not the product of serious journalism.

Serious journalists have been writing about the PLE results, as it happens, but not on pages such as these. The leader articles and comments pages have been full of angst-ridden reflections on the tragic waste of human potential which these results present. 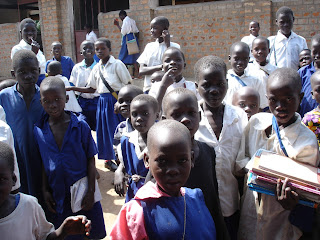 Success in the PLE, taken on completion of Primary 7 (P7), opens the door to secondary education, employment and a future with choices. Despite that, less than a quarter of all Ugandan P7 primary children are actually presented for P7 certification. All the rest drop out for one reason or another before they get anywhere near the examination room. Yes, let’s repeat that statistic in a different way: the drop-out rate from P1 to P7 is around 75%. The specific figure may vary depending on how and by whom the statistics are collected. Those who survive their experience of primary school to sit the PLE are among the most indefatigable, resilient and (if your parents are well off) fortunate young people in the country. The children with their pictures in the paper have a right to be beaming.

And what makes the 'survivors' so resilient? 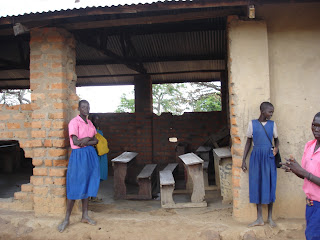 Many children, of course, never even get as far as P1 in the first place. You might possibly get an education if you are deaf or blind, but you have little chance if you are autistic or, indeed, just ‘slow’. ‘There are no autistic children in Uganda,’ we were told when we arrived. Aye right.

And how well did the lucky twenty-something per cent do?  Quite well it appears at first sight: the pass rate was 86.4% - as it should be given the attrition rate before candidates even get into the exam room. However, last year 88% of candidates passed. PLE results are going down, hence the angst.

The major gap in results is between urban and rural schools, the newspapers say. Actually, it is really a gap between the rich and the poor. If you live in the country but have parents who are well off, you will be sent to school, as good a school as they can afford, even if it involves you travelling a couple of hundred miles and boarding. It is those without money who suffer. 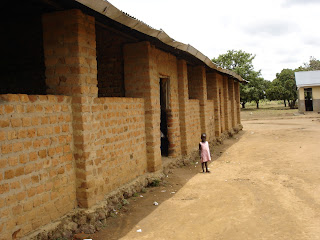 I am not going to rehearse the issues of rural and slum schools all over again. I have mentioned them often enough in other posts: absentee teachers (more than 50% absent at any one time); inadequate coverage of the syllabus (only 42% coverage in Adjumani, according to district officials); classes of a hundred or two hundred pupils; lessons held out in the open or in dilapidated classrooms; inability to pay unofficial school fees; almost no books; children sitting on the ground or on stones, hungry children, tired children, sick children, beaten children, sexually abused children. One could go on for ever.

Nor am I going to reiterate the sheer inappropriateness of the PLE itself, and the course which leads up to it in P6/P7: the triviality and irrelevance (and sometimes inaccuracy) of the English language questions; the lack of a focus on real writing; the maths questions which are far too hard and would not be addressed until well into secondary school in the UK; and the learning of facts off by heart in social studies and science. The curriculum and exam at this stage are about sixty years out of date, if not more, and are based on theoretical study rather than active learning and critical thinking.

Instead I want to take a different tack.

Last November the Dutch government, one of Uganda’s biggest donors, withdrew 14 million euros-worth of funding from the education sector because of persistent corruption, weak financial management and poor standards. The Ugandan government had failed to meet the education targets agreed with donors. One of the various last straws was the implication of civil servants in the stealing of funds meant for textbooks for children in government schools.

‘This marks the exit of Netherlands as a supporter of basic education,’ said the Dutch Ambassador at the Education Sector Review organised by the Ministry of Education and Sports last November. ‘The results we have been achieving since the introduction of UPE (Universal Primary Education) have been disappointing and we decided to shift our focus to productive areas like agriculture.’

He added, 'Literacy is the basis for the acquisition of all but the basic life skills. Right now more than 40% of the ever growing number at P3 level is illiterate. They – and their fellows who dropped out of school – stand very little chance of ever making it to any form of secondary education.’

Donor countries have very difficult decisions to make when recipient governments misuse the funds they are given. The Dutch government has every right to withdraw its funding if it sees it ending up in the pockets of corrupt officials rather than being used as intended: to improve the education of Ugandan children.  To do otherwise would be to betray the trust of Dutch taxpayers and voters. 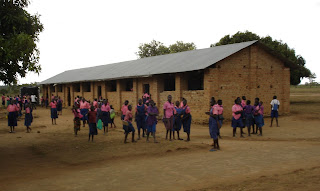 So, where does that leave people like us and others who work for international agencies, non-governmental organisations (NGOs) and charities? I think the answer depends on the context in which one works and the kind of activities on which one is engaged.

Stuart and I are not involved in managing any funds. We support, train, model behaviour and coach national education inspectors. We acknowledge that we are unlikely to have any direct impact on the quality of education out there in those terrible schools. We do believe, however, that we can have an impact on the way public servants view education and their role in it, and on their values and principles. We can also help them develop the necessary technical skills to evaluate the quality of the learning and teaching, leadership and management which they observe. There are disappointments of course, but if you didn’t believe that attitudes and behaviour can change you wouldn’t be involved in education in the first place.

Other people who work for NGOs ‘rescue’ children and give them chances which they would otherwise not have. There ARE good Ugandan people working in Ugandan schools: headteachers who believe passionately in the worth and value of what they do and of every child who attends their school; teachers who support, counsel and care for the most vulnerable of their pupils. These people deserve our support. Volunteers working for NGOs which work with specific schools can see the difference they make to the lives and futures of individual children. You can make a difference on the ground if you are engaged in small-scale practical projects which are very closely managed and monitored. 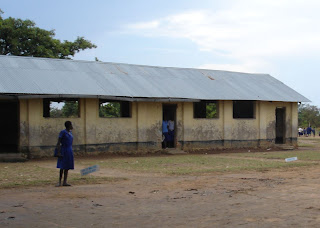 Fortunately, some stories did manage to hearten me this week in the middle of all the hype and all the angst surrounding the PLE results. Even then, I have to admit, there is a bitter-sweet taste to some of them.

At district level
Kamuli District improved its pass rate at PLE despite the decline at national level.  The District Inspector of Schools ascribed the improvement to ‘intensive supervision by education officers’ focusing on attendance by headteachers and teachers and the introduction of a new by-law to check absenteeism.

Second chances
The pass rate in PLE at Luzira Prison Primary School for adult offenders, was 95%, well above the national rate. Seven of the 57 candidates achieved passes at Division 1.

At school level
Royal Pride Community Academy, which is supported by our VSO cluster, presented twice the number of candidates as it did last year, 13 in all. Every pupil passed and four achieved Division 1, a splendid result for any school and particularly for a school in a Kampala slum. (Unfortunately, none of these children is able to afford to go to secondary school.)

So, in summary, children across Uganda are being let down and donors are right to use whatever pressure they can to force the government to acknowledge and address this desperate situation,

International agencies which aim to improve education governance and management across Uganda:


Non-governmental organisations and charities which support specific communities, schools and children in Uganda

A Red-letter Day for (some) Primary 7 pupils

Posted by Elisabeth Ritchie at 4:30 PM