Life of a secondary school student: exams, fees and a whole lot more

Imagine being a Ugandan teenager.  Not the teenagers you see digging the fields, sifting rubbish on the garbage tips or selling mugs of peas at the traffic junctions. No, the teenagers who were lucky enough to be among the 25% who got into secondary school and are now among the resilient 14% who have managed to scrape together their fees and stick it out for four years. What's it like to be on the final straight: the dash for ‘O’ Level?

'I [Paul] often lacked school fees and often dug in order to stay in school. I replaced the lost time by reading overnight…worse, I got into a coma because of severe malaria and did not read or attend school for one month.' (all quotations are from The Daily Monitor, New Vision or The Observer.)

You get up at five o’clock in the morning in your boarding hostel and do a couple of hours of study before breakfast. You then work all day in your classes and do prep until 10 o’clock at night. That is your life.

‘I owe my success to…my brother who was always waking me up to read.’

Sofiya Nakatwanyi lost all her belongings, including textbooks, while in senior three, when a fire gutted her dormitory at Mbale-based Hamdan Girls High School in 2010. However, with God’s help, Nakatwanyi recovered from the tragedy and worked harder.

And if your parents cannot afford the boarding fees, your day will be just as long but with the addition of an hour or two of travel, usually on foot, followed by homework, probably by the light of a paraffin lamp.

The constant power black outs…did not hinder Lawrence Senoga….’There was a point in my life where I had to use a phone to read at night,’ [he] said. Also a day scholar he trekked long hours in the day just to get to school. He pays tribute to his parents….a security guard and a small scale business woman respectively who have struggled to raise fees for him, often getting loans.

Ugandan ‘O ’Level students work hard. Any success they achieve, they have more than earned. Some lose weeks of classes as their parents can’t afford the fees and they are locked out of school until they come back with them – or don’t return at all. Some work in any ‘spare’ time they have, earning the fees themselves. Secondary school fees place an enormous strain on families, with even middle-class parents such as doctors taking two jobs in order to afford them. As many Ugandan families pay fees for the extended family, the strain is considerable. Thank goodness for sponsors, gratitude to whom was expressed by student after student. And, of course, as elsewhere in the world, some students have none of these challenges as they are among the privileged – in Uganda, the very privileged few.

Why so much studying? Ugandan secondary students are among the most tested youngsters in the world: tests every week, tests every month, end of term tests, end of year tests. As a result, tests take up more than a third of teaching time, drastically cutting down the time for learning. They are so busy being tested they don’t have time to learn anything, hence the ridiculous amounts of homework and the weekend and holiday classes. They certainly don’t have time for field study, practical projects or research.

Musiime said his challenge was the geography exam on field work about a farm and a fish landing site which they had not visited.

The long hours are illegal (official hours are 8am until 5pm), as are the weekend and holiday classes. Students don’t have a choice, however, and if they complain, they’ll be turned out of school. Every so often, the pressure builds up, the gasket bursts and all their resentments about inadequate food, filthy latrines and overcrowded dormitories explode. The result? School strikes, intervention by armed police and, all too often, tragedy.

The UNEB Secretary…appealed to [the] Minister of Education and Sports….to find a solution to rampant cramming among students, saying [they] are not learning but are instead studying to pass examinations.

However, February is not the time to bewail those who fall by the wayside; it is the time to celebrate the successes of those who made it. These young people have jolly well earned their ‘O’ Level certificates!

So, what’s the score now the results are out?


Following the introduction of USE, the government has recruited 1,400 new teachers, built 4,297new classrooms and refurbished 1,864 others, to improve the pupil-teacher ratio. (Employing more teachers is of no use unless they have classrooms to teach in.) It has improved sanitation and water supply, and built multi-purpose science rooms and libraries as well as increasing the supply of science kits.

However, there the positives stop.


In fact, the very first time many students carried out a practical was for the exam. Students did not know how handle the apparatus or record the data. The government has been rolling out a building programme to provide government-aided schools with laboratories and stock them with equipment and chemicals. Nevertheless, even those government schools which do have labs are said to use them rarely, if at all.  Very few private schools have labs, except the elite establishments, and many with labs do not have any equipment. There is also said to be a shortage of science teachers.

From the time Renne Manake set foot in St Lawrence Citizens High School [an elite establishment] all the way from Kenya, she knew the quiet environment and good facilities like science and computer laboratories would act as a stimulus for success.

The Education Minister is justifiably very angry about poor performance in science.

The key measure of performance is the percentage of Division 1 passes each school achieves.


Entry to secondary school is selective. It is therefore hardly surprising that schools which restrict entry in S1 to those with aggregates of 4 and 5 at PLE do better at ‘O’ Level than those which accept pupils with aggregates of 15 and 16, or 27 and 28. Nevertheless, the media insists on publishing lists of the ‘top schools’ as if these were roll calls of excellence. No doubt many of these elite establishments do provide a more conducive educational environment, are able to employ and pay better teachers and are allowed to keep out poor children who have struggled through major difficulties and who might need support. However, every educationalist knows that academic potential bears no relationship to social class or the ability to pay.

3.  It matters where you live


Pressure on school places in the capital means that private schools are mushrooming, many of them unregistered and with very poor educational standards.


The Daily Monitor claims that single-sex schools did better than mixed ones. Twenty out of the 30 top performing schools were single sex. However, that may simply be because no overcrowded USE schools are single sex while the selective elite establishments reflect their often colonial or missionary origins. 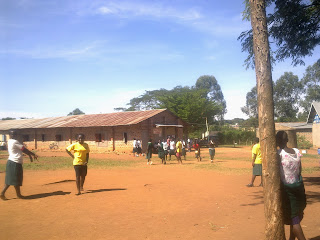 One of the worst announcements this week was the publication of a study by Makerere University School of Public Health, funded by the US President’s Emergency Plan for AIDS Relief (PEPFAR). The study found that in Kampala 21% of female secondary school students between the ages of 14 and 17 have engaged in ‘transactional sex’ – providing sex in exchange for something, usually money. One in twenty has had sex with a relative for this purpose.

First-time sex for most happened when they were between 10 and 14, with 15% doing it for money and 12.3% being raped. One in five had conceived, with 21% of these having aborted and 16% miscarried.

Of the 54 schools sampled, 40 (74%) were private non-denominational, seven were government-owned, six were Christian-based and one was a Muslim school. All were mixed schools, while 61% of them operated both boarding and day sections.

‘Some children are raped from [in] their homes and intimidated into silence for fear of the parent’s refusal to pay school fees,’ said the deputy head of Kitebi Secondary School.

The depute wished the survey had included S1 and S2 students, who were particularly likely to be victims. Last year a report called Commercial Sexual Exploitation of Children in Uganda showed that more than 500 children below the age of 18 had engaged in commercial sex both in and out of school in Kawempe Division of Kampala alone. It pointed out that entry into the sex trade is getting earlier. The trade includes children of eight to 13 whom middle-aged men find particularly attractive as they charge lower prices and are assumed to be free of HIV/Aids.

However, it’s their older sisters we are most concerned about in this post. The stresses of secondary school life are bad enough without the need to go into prostitution to pay your school fees.

Young, female and the world at your feet...well, perhaps

Telling stories out of school (about secondary school strikes)

Posted by Elisabeth Ritchie at 6:25 PM