I first wrote about the huge crack on Mount Elgon and its repeated landslides just over a year ago. The topic appears with some regularity in the Ugandan newspapers, always accompanied by dire warnings of an impending disaster. Everyone knows what the problem is; dealing with it is another matter entirely. 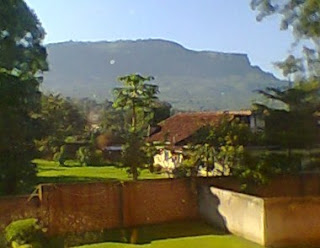 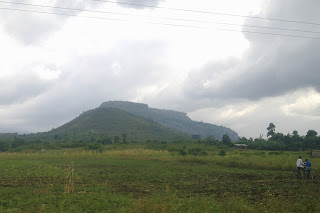 Monday's landslide at Bududa was as utterly predictable as it was heartbreaking. By this time last year, a 40 kilometre crack had appeared on the slopes of Mount Elgon. The crack is now 80 kilometres long, five metres deep and about 35cm wide. It stretches across seven highly populated districts.  About three million people live below the crack and about 30,000 on and around it. Mount Elgon, with its fertile volcanic soils, is where Uganda's best arabica coffee comes from, grown not on large mechanised plantations as elsewhere in the world, but on small fragmented family 'gardens', all farmed intensively. 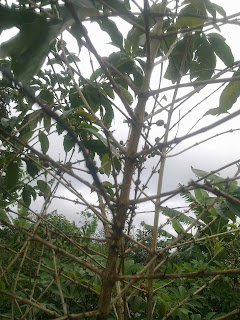 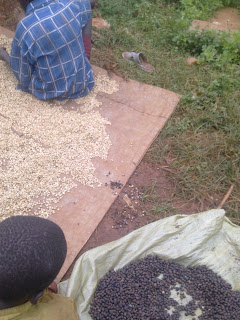 Some of you, like me, will have read the stories and seen the pictures. Three villages were overwhelmed when mud and earth slid down the valleys. Villagers had had plenty of warning from national and district government and from the Uganda Wildlife Authority (UWA) which runs the Mount Elgon national park. However, most people insisted on staying put. At the last count, 109 people were missing and feared dead, a good number of them children and in some cases whole families wiped out. There are terrible stories like the father who ran with his son to get clear of the landslide and then turned round to see his son run back into the house to rescue the baby. There is the woman who has lost all four of her children; the girl whose entire family has been wiped out; the school children from the local primary school who had come home for lunch.


The security guard at one of our local Kampala supermarkets said to me, 'My village has been covered.'


I asked him about his family. 'All gone,' he said.


The toll is expected to rise. 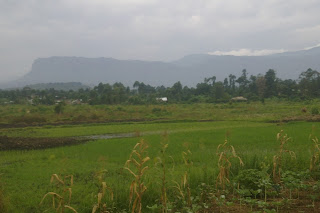 The Uganda Red Cross, police and local people have been trying to dig their way through the three metre thick debris with rudimentary tools like hand hoes and pangas (machetes). No earth-moving equipment has arrived and, unlike on previous occasions, the army has not been involved in search and rescue. It has been alleged that soldiers equipped with AK-47s rather than spades have just been standing around watching although today's (Thursday's) newspaper says that a few soldiers are now helping with the digging. Search parties have found no bodies so far. They haven't even managed to locate the houses as they are so deeply buried.


The Red Cross is handing out tarpaulins for immediate shelter and utensils and food (12 kilogrammes of flour and 6 kilogrammes of beans) to 112 families. It says 447 families are at risk and need to be relocated at once. The government says it wants to move 400,000 people in all to Kiryandongo, in  north-western Uganda, and soon. The President has since added that all people in the affected areas should move. If there is not enough agricultural land for them, he says they could be absorbed into urban centres.


World Vision has also joined the relief effort, offering supplies to Bududa Hospital for the 11 survivors who are undergoing treatment. In one of those comments which sometimes make one despair, the acting medical superintendent said, 'Although the mudslides are a disaster, the situation has been a blessing because World Vision has given the hospital medicine it did not have.'


So it takes a disaster and scores of deaths before someone gives a hospital supplies. Good for World Vision, but what does it say about Uganda's health services?

So how did this environmental disaster come about?

Over the years the population in the east of the country has increased as elsewhere in Uganda, a nation which grows by one million people every year. The soil on Mount Elgon has become less fertile so people have moved further up the slopes to virgin land and cut down the forests to plant their crops. Many of these small farmers are encroaching (squatting illegally) on the park land.  Once upon a time - only a few years ago - Mount Elgon was home to 400 elephants and countless antelopes, leopards and other animals. No more, I'm afraid. The animals have, quite sensibly, relocated themselves over the border to Kenya.

The UWA says the area acts as a water catchment area for Lake Victoria and Lake Turkana and for the River Nile. In 2005 about 12% of the park's catchment had been encroached on. The figure is now about 26%. 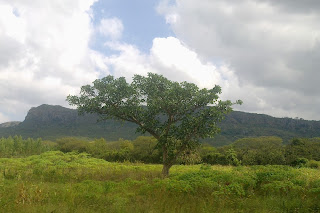 The UWA has been reasonable. While advising these poor subsistence farmers to move off the land, they have also talked to them about growing a wider range of crops, using conservation techniques, planting hedgerows and establishing orchards. All these farming approaches help to keep the soil on the mountain. However, people here grow coffee, and that is that. To grow coffee you cut down trees. You don't have to, but that is the way it is done here.


It is an old old story. Forest is cut down, then soil washes down the mountain leaving just rock on the upper slopes. The water gathers in the bottom layers of the earth, which are largely clay. The upper layers stay put and the lower layers slide down the hillside. Two years ago, more than 350 people were killed at Bududa; last year, over thirty in Sironko District. Our friends tell us there have been smaller landslides over recent weeks, and some casualties, though not widely reported. And now this. 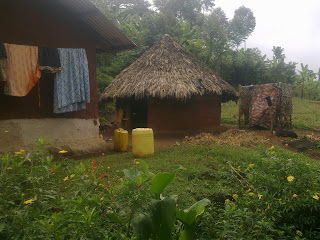 So what has the government done about the situation? It has been trying to get people to move for quite a long time. There was particular concern following the discovery two months ago of a five kilometre fissure uphill from the bigger crack. 8,500 people were told they were in immediate danger and had to move at once. Overall, one million people need to move, 7,000 every year until all seven districts are resettled.


For a poor country, the government has made a reasonable enough response, but you can see why it hasn't worked. It has already moved thousands of survivors of the previous large landslide at Bududa across to empty land in Kiryandongo. These were not forced removals. The people who were resettled agreed to go. They received tarpaulins from relief agencies for temporary tents, an acre or two of land, together with maize and bean seeds. A tractor was even purchased, though it hasn't made as much headway as the hoes. People received monthly rations of maize flour and beans, though the supplies have now run out. However, the terrain is completely different from the land they left behind them in the east. It is semi-desert and less fertile and there has been as good as no rain. Of the 36 boreholes, only two are operational. It is difficult to present this as an attractive option to the people left behind on Mount Elgon. 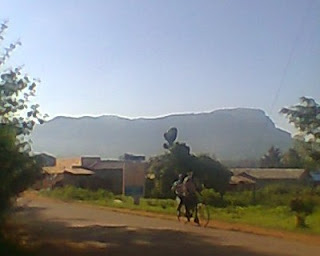 However, there are other reasons why people don't move, despite continued warnings from the government. Why don't they go? Some insist that their relatives' graves must also be relocated, for in Uganda family members are buried on family land. Some have said the land they are being asked to move to is swampy and infertile.


Here are some of the responses they gave to an interviewer a couple of months ago.

'I would rather die here than go to Bunambutye or Bwikonge,' one woman was quoted as saying. Ominous words.


'I have nothing to do,' said one man. 'I don't have enough money to buy land elsewhere. This is the only piece of land my father gave me, and I have to live here with my children.'


His words are echoed by others who talk of the area being 'ancestral' land. 'This is my cradle land given to me by my grandparents,' said another man.

One woman was living in a house through which the crack actually passed. 'When it rains, I have to scoop the water out of my house or make openings on the lower parts of my walls so that water passes through. But it also comes from underground, so I have to scoop it out whenever it collects.'

Even more difficult to believe is the fact that some of the survivors of the 2010 landslide had actually moved back and were living on hillsides surrounded by cracks. 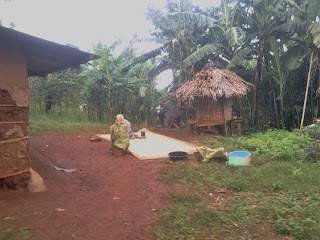 What is it? Fatalism? Stubborn opposition to bureaucracy? A fear of the unknown? Or is it that people are just so poor that they cling on to those pitiful mud huts and their few square yards of soil because it is all they have got?

I wish I understood more about human psychology. I just know that everybody has been well aware for years that more people would die and that is exactly what happened on Monday.

I have kept a file of newspaper cuttings about Mount Elgon over the last couple of  years, thinking, rather callously, that they might come in useful when the next landslide happened. I don't even know if the people whose words are quoted here are still alive.

Living on the margins: it's not just people who complain

Posted by Elisabeth Ritchie at 6:59 PM