What better day could there have been to make the acquaintance of the royal families of Africa than the British Queen's Jubilee? Indeed, she graced us with her presence herself. 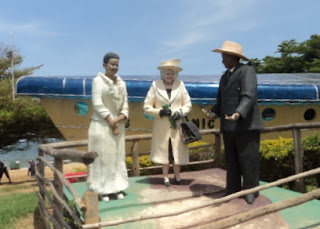 Here is Queen Elizabeth complete with gloves and what looks like a doctor's bag over her arm, an unhealthy white from head to foot. She is here to meet the First Family of Uganda: President Museveni and his wife Janet. We know it's the President because of his trademark cream broad-brimmed hat.

And where is 'here'? Aero Beach, of course, Entebbe's answer to Trafalgar Square. Here by the shores of Lake Victoria is a bizarre collection of monuments, statues and (not to put too fine a point on it) junk.

Old aeroplanes rot away, clambered over by school children, just a stone's throw away from their airborne counterparts at Entebbe airport. 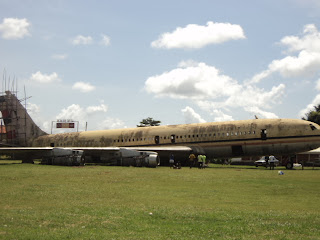 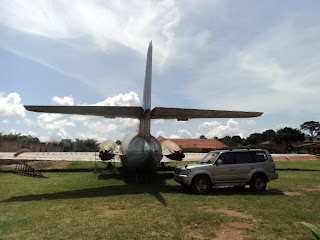 It's surprising who you come across at Aero Beach. Stuart was delighted to meet Nelson Mandela, acknowledged King of Africa. 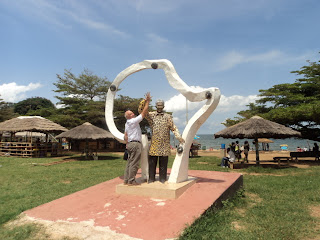 The Kabaka of Baganda sits in state, flanked by snarling leopards. 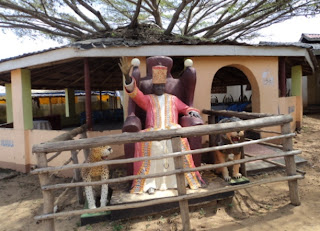 The thatch on his personal snack bar has sprouted into a tree. 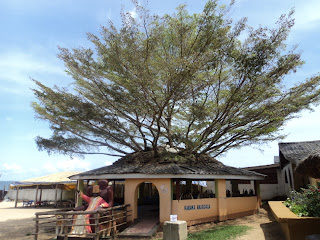 And here's Museveni again, waving in triumph, in no doubt at all that as President of Uganda he far outranks the Kabaka. 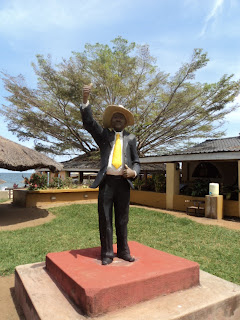 And who has just flown in? 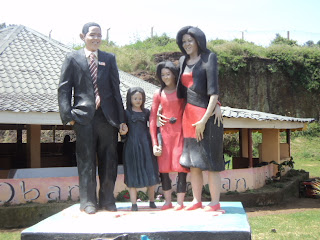 President Obama of course, almost a Ugandan himself, with parentage just across the Lake in neighbouring Kenya. There are pictures of the American President in shops and restaurants all over the country. His surname is actually quite common. To all appearances, in his spare time the President runs a market store at Ntinda crossroads just up from where we live. Obama's reads the rotting sunbleached sign.

Here he is with his family at Aero beach, all of them albinos. One of the peculiar things about photos of Obama over here is that they are all retouched to give him white skin. Now, what's all that about?

The First Family of America look out over the mzungu sunbathers and Ugandan swimmers, the latter apparently oblivious to the seething bilharzia microbes. 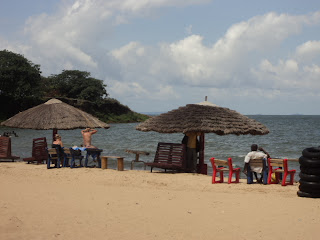 Strange pink hippos and grey crocodiles lurk at the litter-strewn shore, ready to pounce on the unwary. 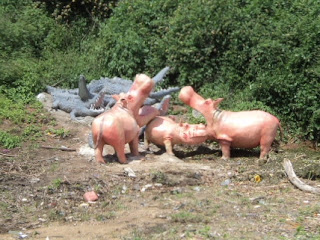 The crocs ignore the beach volleyball, which Stuart was disappointed to see was played only by young men. 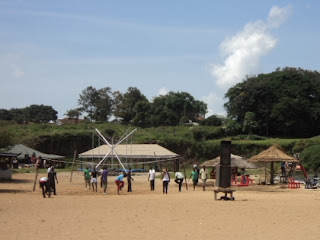 Loud rock music thumped away. The visitors here are mostly under thirty, apart from the rather seedy middle-aged mzungu men looking out for svelte young Ugandan women.

The President of South Sudan, Salva Kiir (with his trademark black broad-brimmed hat), is oblivious to the youthful antics behind him. He is obviously here for an important meeting with the head of the Sudan People's Liberation Army (SPLA), both of them rather larger than life. 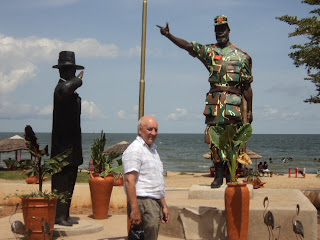 And that was just about it, apart from an elephant which had just popped across the Indian Ocean from the Raj, as if there were none in Uganda itself.... 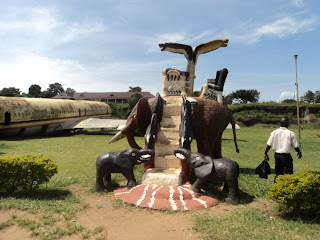 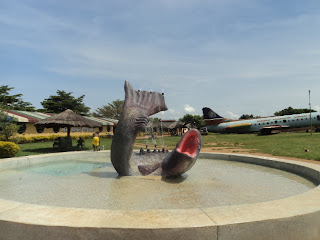 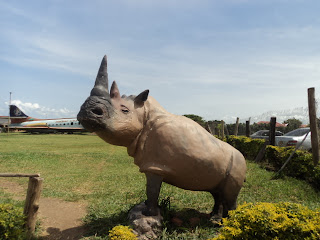 And all by the shores of one of the greatest lakes in the world. 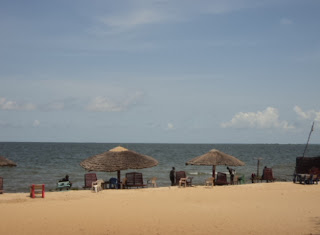 Posted by Elisabeth Ritchie at 6:50 PM