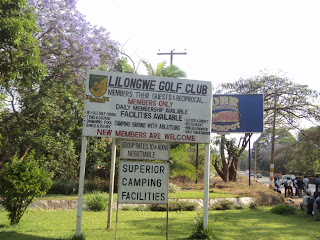 Lilongwe Golf Course, established in 1930, is not hailed as one of the world’s “must play” tracks. Neither is Lilongwe hailed as one of the “must see” places in Africa. But with a free weekend in Malawi’s capital within easy walking distance of its golf club, the urge to swing a club in anger could not be denied. 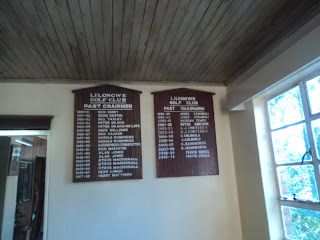 At the least, the memory of good Scots is being kept alive. 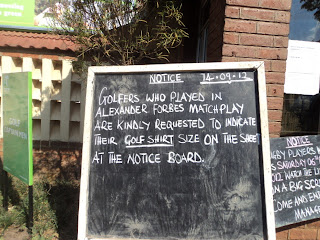 Lilongwe GC’s 18 holes (par 72) are actually not a bad test, and its 6808 tree-lined yards will punish every wayward shot. Having become acclimatised to the green(ish) fairways of Entebbe GC et al in Uganda, I found the brown fairways of Lilongwe a bit less receptive. 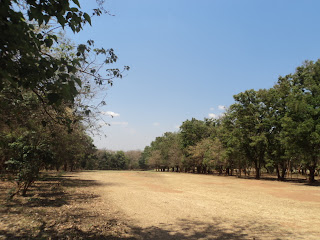 Yes, we were in the middle of the dry season in Malawi so lush fairways existed only in the imagination. But with preferred lies on the occasions when I did hit down the middle, and with the run of the ball on the hard ground, I couldn’t make too many excuses. (I was going to claim some leniency on account of the clubs borrowed from my Malawian caddy, then I remembered that he told me he played off scratch.) 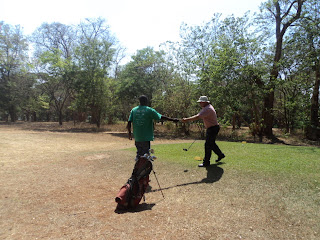 The greens were good: well watered, good to putt on. 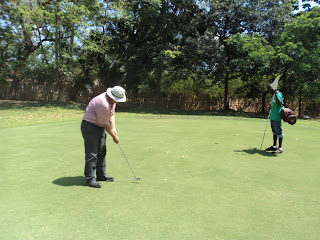 The bunkers contained a very earthy-looking “sand”, but were eminently playable. 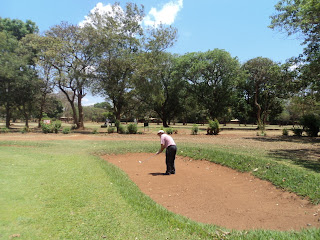 The rough was negligible, basically just scrubby stuff under the trees. 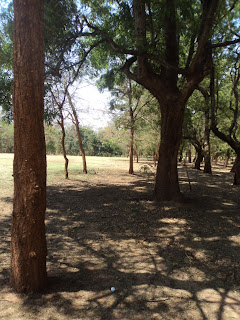 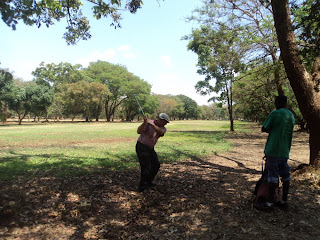 Anyway, despite using all of my 13 strokes (and more), I enjoyed the round. Trees right and left at every hole reminded me of Entebbe but with a little less room to play with here. 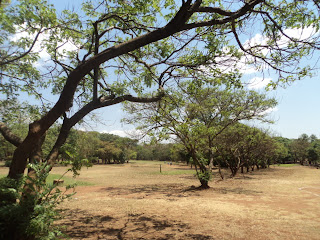 Interestingly, and probably significantly, I can only recall a few of the holes. I can picture a number of dog-legs, some longish par 5s, and some fairly straightforward par 3s. But looking at the scorecard a week after playing the course, I’m finding it difficult to recall the round hole-by-hole. So maybe it wasn’t an outstanding course, just an enjoyable three hours with club in hand. 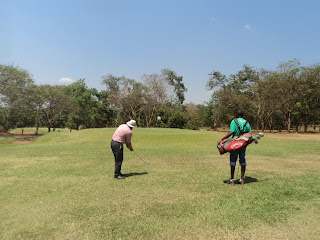 I do remember the 1st: a gentle 368 yard par 4; a “friendly” opening hole, but don’t let your shot to the green drift down the slope into the bunker front left. 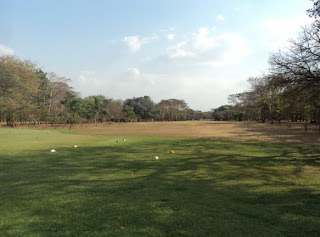 And the long par 3 8th: with a little support from the breeze I was well pleased to have driven the 232 yards to the green; pity about the three putts.

The 347 yards 9th: one of the broader fairways will encourage you to finish the first nine with a birdie; but beware the steep-sided bunker guarding the front left of the green. And the par 4 10th: at 443 yards quite demanding in terms of length, but relatively straightforward after a good drive down the middle. 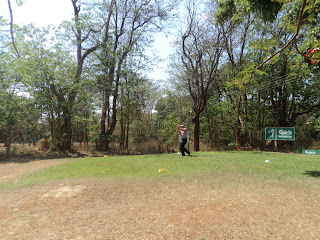 Would I play it again? Of course I would. But I won’t because I’ll never be back in Malawi! (So he thinks, Ed) 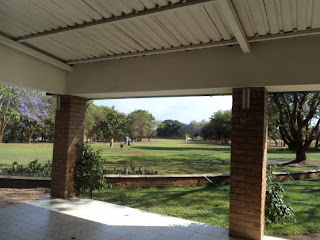 Postscript: And what about the non-golf-playing, camera-toting partner? Quite a pleasant walk if you enjoy trees, though it got very hot. 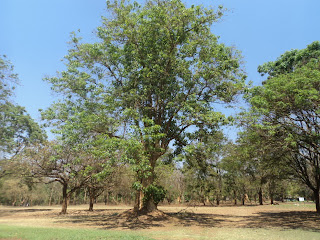 There's a nice view of the river too. 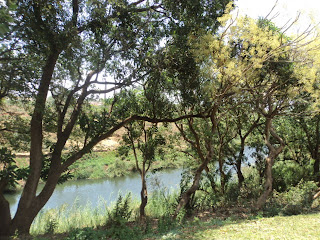 The occasional small boys who fetch your tees and, no doubt, keep their eyes peeled for errant golf balls provided me with a bit more interest than the earnest golfer I was accompanying. 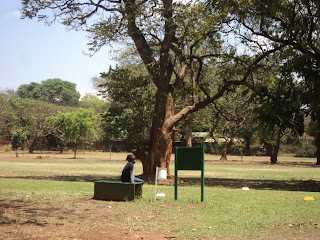 Posted by Elisabeth Ritchie at 6:52 PM